From the 1920s to the early 1960s the (former) New York Nature Friends made Camp Midvale the largest Nature Friends Camp in North America. Little is left today of this progressive and anti-racist vacation center…

Funded by a grant from the Passaic County Cultural and Heritage Council/NJ Historical, the Ringwood Library recently completed a local history project focusing on Camp Midvale, which was located in Ringwood, on Snake Den Road, until the early 1960’s. The camp was originally founded by German-American outdoor enthusiasts, called the Nature Friends, in 1921 as a haven for working people seeking refuge, recreation, hiking and nature. As the camp held progressive sympathies, and was one of the first interracial camps in New Jersey, residents endured racial slurs and a cross burning. During the McCarthy era, the camp was labeled as subversive by the government and investigated by the FBI, culminating in the 1966 fire that destroyed the camp’s recreational building. 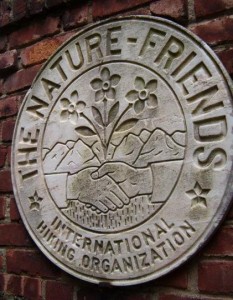 Unable to rebuild, CampMidvale was sold to the Ethical Culture Society in 1968 and today is the site of the WeisEcologyCenter. 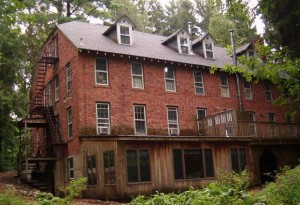 The Library’s grant project resulted in the following enhancements to its collection:

– Over 40 interviews from 1987 with the old time residents who built CampMidvale. The original interviews were on cassette in the collection of New YorkUniversity’s Tamiment Library and needed to be migrated onto CDs. These interviews capture the rich backgrounds and histories of the members themselves, beyond the story of the camp. There is Bertha Bloksberg, one of the first women labor organizers, Edith Segal, who performed in the second interracial dance performance in the United States, Rose and Binaldo Montenegro, the first Latin Americans to reside in Ringwood, Otto and Lillian Karsch, George and Ethyl Kirschner and many others who talk of Hitler’s rise in pre-war Germany and why they immigrated to the United States. This is history from the mouths of those who lived it.

– A current oral history project, filmed at Bergen Community college, which involved interviewing eight former second generation residents of Camp Midvale. Participants were interviewed individually, and then as a group. The resulting DVD is available for library patrons to check out. Their stories exemplify how CampMidvale literally shaped their lives and made them the people they are today.

– A searchable database with digitized images, documents and pamphlets pertaining to CampMidvale. This virtual collection is on every library computer and is keyword searchable.

– A filmed discussion on the Nature Friends, courtesy of Dieter Gross PhD, who was visiting from Bavaria, Germany. Dieter’s discussion delved into the connection between American’s Nature Friends Camps, as well as its origins in Vienna. The resulting DVD can be checked out by library patrons.

(At present, the section on the former camp grounds remaining in the hands of ex-Nature Friends is the Highlands Natural Pool. Its construction in the 1930s is documented in the project. Today the Pool is run through an organizational structure which decidedly resembles co-operative patterns – c.f. www.highlandspool.com) 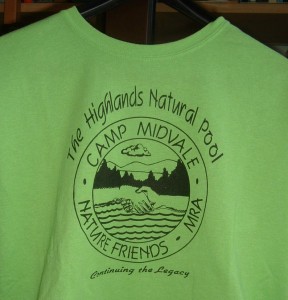